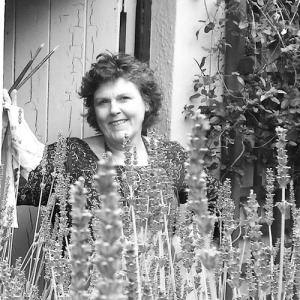 Mandy grew up on a farm near Grahamstown in the Eastern Cape, where she was inspired from a young age by the natural beauty surrounding her.

After studying graphic design in the early 80’s Mandy pursued a career in advertising. She then started her own business as a freelance graphic designer, specializing in book design. She created an array of beautiful books for several publishing houses, covering many diverse fields including wildlife, travel, natural history, cookery, gardening, history, arts and crafts. Her graphic design experience now compliments her painting career

In May 2007, Mandy picked up a paintbrush for the first time. She joined the South African Society of Artists in 2008 and has exhibited regularly at their annual exhibitions at Kirstenbosch. In 2010, 2012, 2013, 2014, 2015 and 2016 she qualified for SASA’s Merit exhibition, winning a commended award in 2013. Art Portfolio and Original Cape Art invite Mandy to partake in their regular group exhibitions at Kirstenbosch. The Grahamstown National Arts Festival in June/July has become an annual event. The Cape Gallery holds regular exhibitions in which Mandy has participated. Two of her wildlife paintings have been used in a BBC film series, titled The Crown to be released worldwide, in 2016. Mandy is represented by Fillingdon Fine Art, in High Wycombe in the UK.

Her hiking boots, together with a trusty camera, have clocked up many kilometres around the Western and Eastern Cape. This is where she gathers her inspiration. Mandy sells her work at galleries in and around Cape Town and also privately from her studio at home in Pinelands, which she shares with her husband Peter. 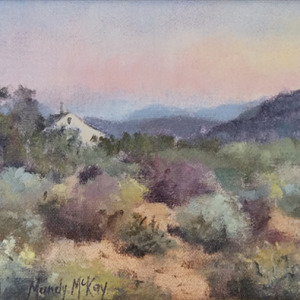